New Orleans (TM) — A deafening roar was heard across the airwaves Sunday as the Big Game James Show: Championship Wrestling made its international debut, and to great fanfare.

“Pro wrestling is perfect for radio,” says James F Thomas IV, the show’s producer and play-by-play host. “You have to suspend all disbelief to truly enjoy it. Radio requires us to employ our imaginations, to fill in the gaps, whereas television just feeds everything to you. Pro wrestling is meant to be on the radio”

Professional wrestling thrived during television’s Golden Era which essentially put wrestling radio out of business. But now, after 60-plus years of total silence, The Big Game James Show thinks it has a shot at leading the way for a wrestling-radio revival. 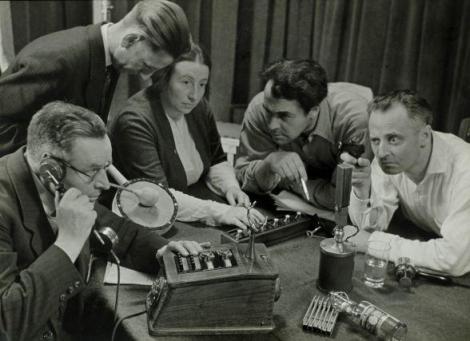 “…and the Crusher has him in a headlock!”

“Wrestling fans have already sent us some great feedback,” said Thomas IV. “I know in my heart that this is the right thing to do; putting pro wrestling back on the radio. And when you know you’re right, you have to roll up your sleeves and put words to action.”

Interested in having The Big Game James Show broadcast your next wrestling event? Contact James F Thomas IV at thinkslingermag@gmail.com